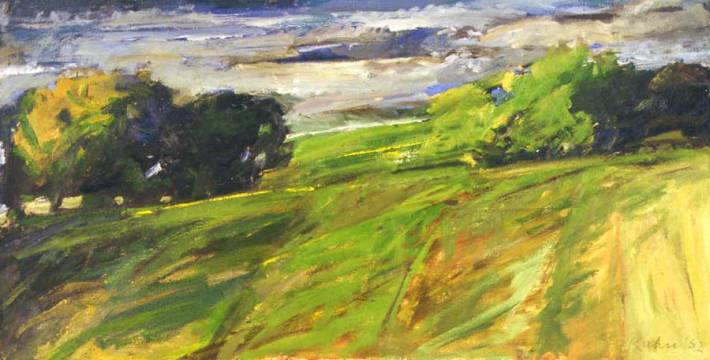 From the Cornell University Faculty Memorial Statement:
“Peter Kahn was an accomplished artist and a deeply learned man. His vivifying and exemplary presence had such an impact on students, colleagues, and friends, and was expressed in such a dazzling variety of activities, that his life is not readily captured by focusing simply on his academic career or his artistic production. What gets lost is his warmth, his contagious enthusiasm, his generosity, and his almost infinite capacity for friendship. During almost forty years of association with Cornell, he combined with light but disciplined skill, such elaborate forms of cultural creation as painting, graphic production, typography, and theatre design, with the arts of daily life: conversation, gardening, cooking and mushroom collecting. He altered the visual landscape around him through his abundant and freely-given posters, so effectively announcing forthcoming cultural events that they were often collected as soon as they were put up, and very few of his contemporaries will be able to imagine the Finger Lakes region without seeing it through Peter’s paintings, woodcuts and drawings….”